Are learning styles out of vogue now?

I’m certainly witnessing a lot of muttering and foot-shuffling and floor-gazing!

For those of you in the No-Such-Thing Camp, I’m about to say something quite controversial:

What about this thing called learning styles? Some people say it’s a thing. Others say it’s not. So, where does that leave us?

Well, needless to say, I have something to say about it too, but before I do, I want to reassure you, I’m not making any of this stuff up! Genius Material has a tremendous track record. It works. 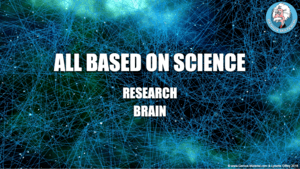 It’s based on science, not some well-meaning but over-optimistic (and by the way, often profitable) nonsense!

We are still a long way off understanding how the brain works, but we’re a long way forward from where we were when I was doing biology A-level at school, most of which information about the brain we’ve long since chucked out.

I was taught that you’re born with a full complement of brain cells, and that throughout your life you lose them, quicker or slower depending on how you use them (or abuse them!)

In fact, in certain parts of the brain you will continue to create new brain cells and connections, providing you give your brain a reason to.

So, let’s talk about the brain and learning styles.

There’s a big hoo-ha out there in the education industry at the moment. You may possibly have caught wind of some of it.

Some people say there’s no such thing as learning styles. And those people will refer to research to back up their claim.

The trouble is, they’ve jumped on the old band wagon a little prematurely, and without checking the facts first. The research they point towards is actually looking the way teachers teach, rather than how individuals handle information.

My view is (and that’s after working with real people, young and old, for decades) it’s nuts to suggest that we all process information exactly the same way.

Instead, I suggest that you have very little say over how you’re presented with the information you need to learn. You’ll be told to watch a particular video, read a chapter, or listen to a lecturer…

But you have total control of what you then do with that information to have it go into your head and afterwards stay there.

I’m a musician and composer. I’m classically trained, but love jazz and big band. I’ve spent a lifetime playing, and as it happens, more comfortably by ear, and usually piano.

If you said that I have highly-developed auditory skills you’d probably be right.

When I listen to music, I listen from the bottom to the top! I listen out for the baseline, and then the harmony built on top of it. I may or may not be particularly aware of the tune, and as for the lyrics… You can forget it!

I don’t know the words because I was never listening to them in the first place. I assumed for a long time that this is how other musicians listen to music. 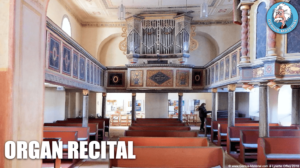 I had the great pleasure recently of attending an organ recital given by a talented young woman, at the top of her field. I used to teach her when she was eight. She had to remind me that it was I who persuaded her parents to get her a piano. And it was I who encouraged her even at that young age to compose and arrange music for our school orchestra.

As a matter of some coincidence, she progressed from this primary school, to the same secondary school I attended, presumably having some very similar musical experiences to the ones I’d had some years earlier.

She also had full school assembly every morning, singing, predominantly SATB hymns. In other words, the tune, harmony and base line all moving in a deeply established classical way, pretty much based on how Bach used to churn out hundreds of chorales and other music back in the day.

So, musically at least, you’d think that the pair of us had a very similar experience of music and harmony in particular.

She and her fellow classmate came to visit us at home some time after her recital and we all got playing the piano.

She also has a good ear. She is also classically trained. So far, so similar.

But I was absolutely astonished to watch her work out how to play one of our old school hymns. She started with the tune! How very odd! To me, at least!

Something you might find interesting… When I’m listening out for that baseline and chord progression, I’m actually visualising it on the piano! I hear it and see it. If I can’t see it, I can’t play it! I can’t be unique, but I bet not everyone processes music the same way.

And why would they? As we grow our brains develop according to how we use them. The more we practice something the better we get at it, and that includes thinking processes.

So, it stands to reason that if each person pays attention to how they already process information beautifully, they could use that knowledge to their advantage when learning for exams.

As I’ve said, I reckon that you don’t usually have much choice over how you receive information, whether it’s from a textbook, a video or a teacher talking – in each case you get what you’re given and you have to get on with it. But what’s really important is what you do with that information to make it your own, and that’s where it becomes important to know how you do that best, so that you don’t waste time and energy barking up the wrong tree.

Having said all of that, we all have an enormous degree of flexibility.

None of us learns in just one way. Profiling you for your preferred learning style is not about pushing you into one way of doing things. Finding out more about how you do it best, gives you more options, especially with information that’s proving difficult to digest.

Finally, the last thing I have to say about it is this. The more we are able to draw upon (draw upon – geddit?) our visual skills, (now you geddit!) the faster our revision and learning can be. So that’s always where we start.

But learning styles isn’t all about whether you’re a visual, auditory or kinaesthetic or even a digital learner. There are plenty of other aspects of personality and preferences that should be heeded when putting together a successful learning strategy.

Having spent all my working life helping people young and old to learn, I have of course, collected countless examples of how, while being Human beings there’s plenty we have in common when it comes to learning, there are also differences too.

Eddie would sit in lectures, doodling on his textbook as the teacher spoke. He was told, quite abruptly to stop defacing his book and to concentrate. What the teacher didn’t realise was Eddie’s a doodler! He can concentrate better when

his pencil is moving!

Here’s another example. Some people are at their best first thing in the day. Others do better after they’ve got a bit further into it.

Some thrive working with others. For some people, that’s the last thing they should be doing. Here’s another thing most folk shouldn’t even think about…

Lolling about on top of the kitchen table, while the family bustles about, preparing dinner, swatting (get this!) for the Cambridge entrance exam!

And yet, that’s exactly what my niece did, and having graduated with flying colours, went on to work in a fabulous job in the Houses of Parliament!

For some people, dangling off a table is the perfect learning position.

Would it work for you, amidst all that commotion? Hmmm… possibly not!

Oh, and her sister has just graduated from Cambridge with flying colours too. I wonder if there’s something about that kitchen I’m missing!!!

It’s horses for courses, and eventually, if you’ve tried enough different approaches, you’ll eventually find the best one for you.

But most people run out of steam, not to mention time, long before they happen upon the best study method for them. Genius Material helps you find your own Genius Zone, speed up the whole learning process and remove all that tedious trial and error. 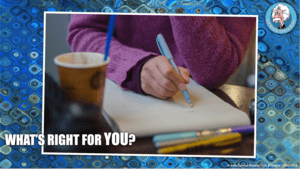 Because, most people haven’t got a clue how to learn.

Now, don’t get me wrong, we are all great learners. We would have to be, wouldn’t we, to get this far? But no one ever teaches you how to learn the sort of stuff you get in the classroom. You’re just left to fathom it out for yourself.

You see, the thing about us busy people, is that to solve any problem we do what we know. After all, we haven’t got anything else, have we?

Ha! We usually do the same thing again, only harder and more fervently this time.

Nine times out of 10 that doesn’t work either. Now to be fair, some determined people will give it yet another go. But it usually has no more chance of working this time than it did before.

So, what happens next?

It’s when your brain has to try and make sense of conflicting information. It has to reconsider the information that it’s getting. What’s it going to decide when you repeatedly fail to achieve what you’re attempting?

Unfortunately, more often than not, unconsciously if not consciously, your brain comes to the conclusion that you’re not cutting the mustard! And far too often you develop the thought that you’re simply not good enough. This happens to a lot of people while they’re still at school.

That’s a horrible belief to carry around with you for the rest of your life.

And it’s based on a misunderstanding. Because the truth is it’s not because they’re not capable. It’s not because there’s something wrong with them. It’s because of the way they go about their revision isn’t ever going to work.

We’re not going to leave it there though, are we!!

There is an alternative. Have a look for yourself.

How to be a better learner

What if you fail your exams?